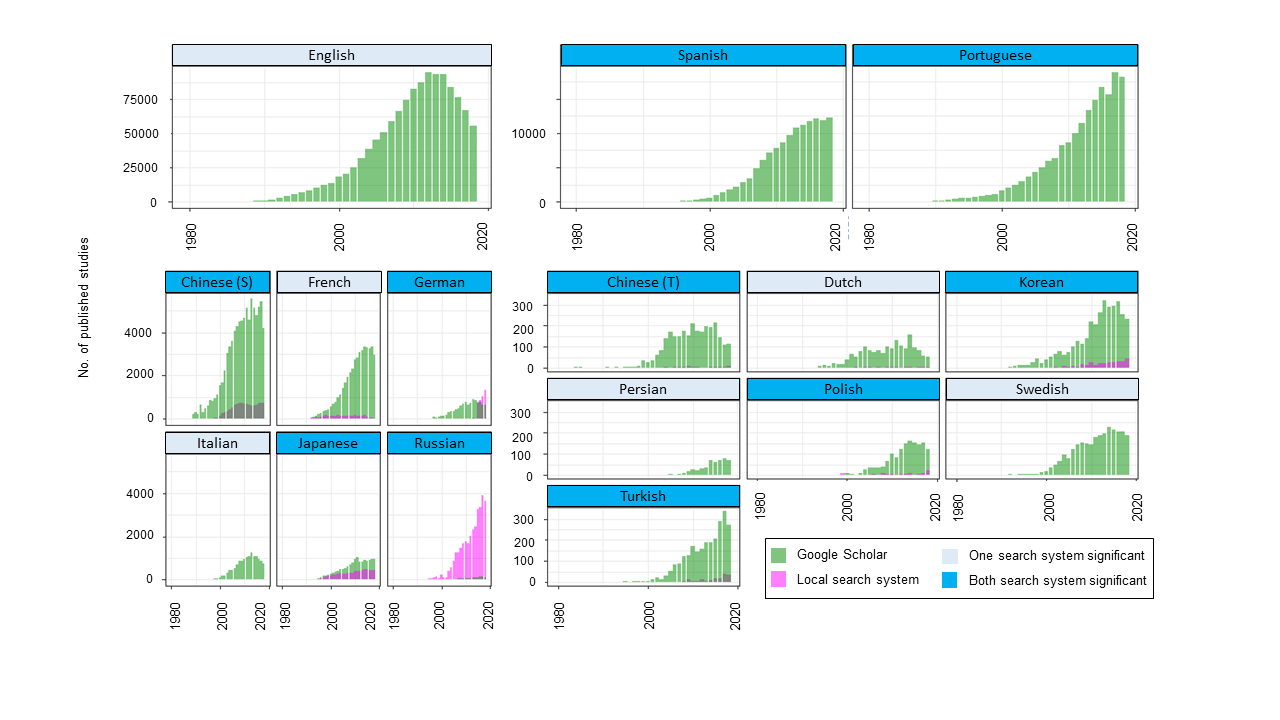 Changes in the number of biodiversity conservation articles published from 1980 to 2018 in 16 languages based on searches for the keywords biodiversity AND conservation (translated into each language) in Google Scholar and local literature search systems (S, simplified; T, traditional).