Multiple languages being spoken within a species’ distribution can impede communication among conservation stakeholders, the compilation of scientific information, and the development of effective conservation actions.

Also explore our Bird Language Diversity app, where you can see where in the world particularly many species are associated with each language.

See the news release from The University of Queensland here. 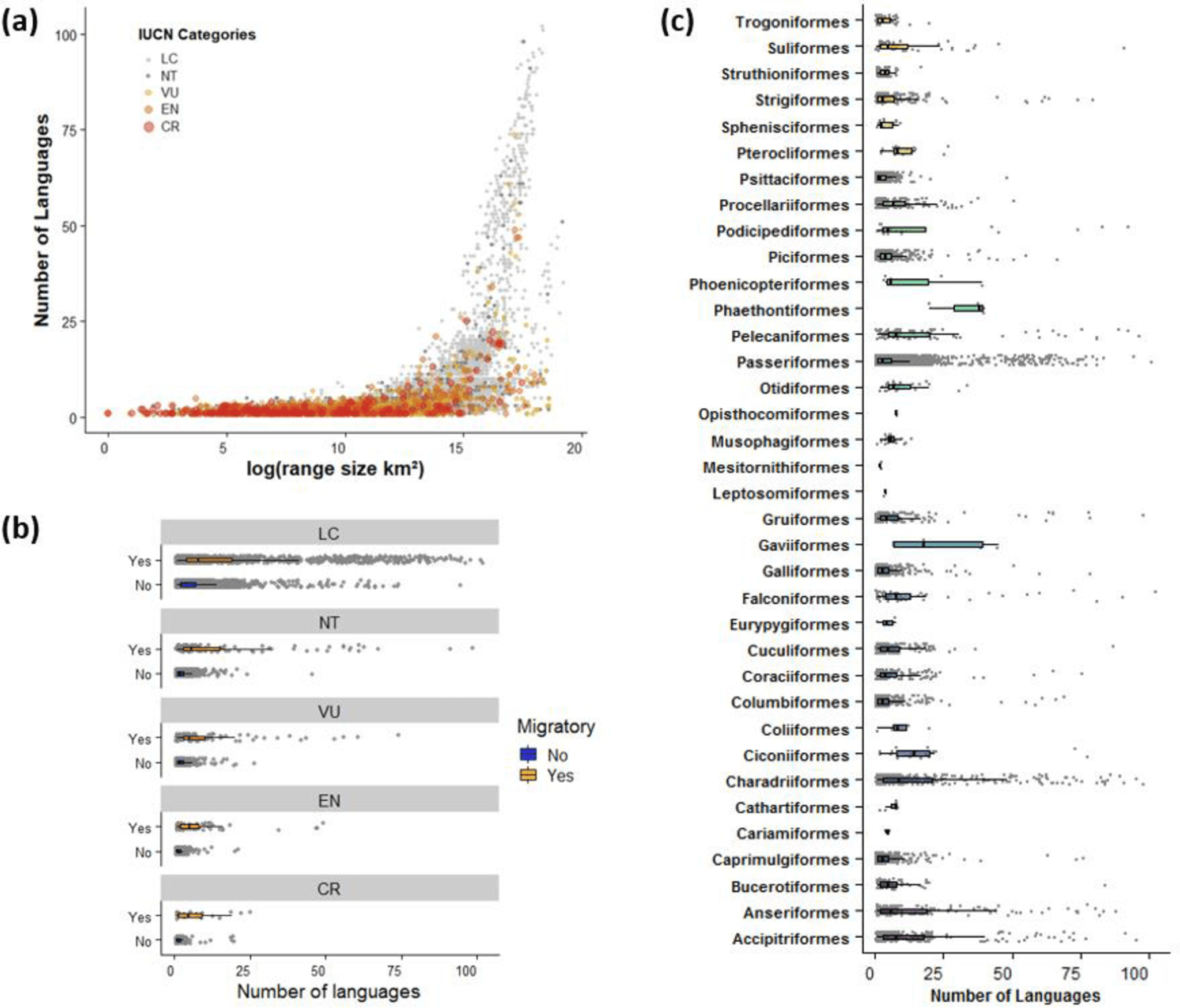 Species richness of birds associated with each of the top six official languages with the highest number of species.

See https://translatesciences.shinyapps.io/bird_language_diversity/ for the results of other languages.