Rising temperatures represent a significant threat to the survival of ectothermic animals. As such, upper thermal limits represent an important trait to assess the vulnerability of ectotherms to changing temperatures. This study systematically searched the literature in seven languages to produce the most comprehensive dataset to date on amphibian upper thermal limits, spanning 3,095 estimates across 616 species.

Importantly, by searching in 6 non-English languages, we identified 27 relevant studies, which constitute about 13% of all studies included in the database. This again shows the importance of searching for non-English-language literature for a unbiased synthesis of ecological evidence. 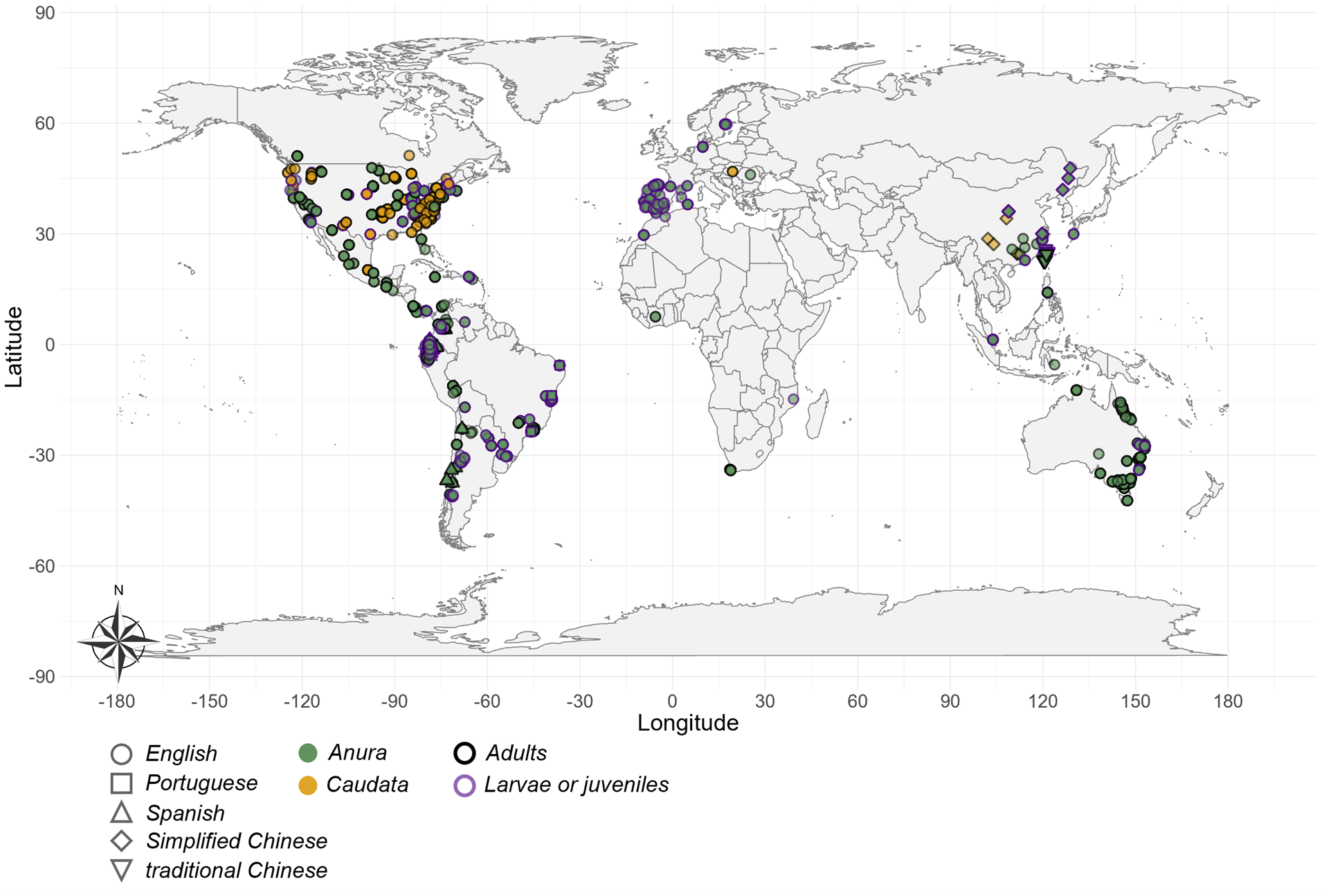 Geographical locations at which experimental data were collected. Points denote which order of amphibians were assayed (point filling), at which life stage (point border) and in what language were the findings published (point shape).