It is commonly assumed that any important scientific knowledge would be available in English, and, as a consequence, scientific knowledge used in international studies and assessments is predominantly sourced from English-language documents. But is this assumption correct? Few studies to date have quantified the contribution of science written in non-English languages to scientific communities and the application of science. This new research unveils the untapped, enormous potentials of science written in languages other than English in the conservation of global biodiversity.

This research scrutinises over 400 thousand peer-reviewed papers in 326 journals published in 16 languages, and identifies 1,234 studies that provide scientific knowledge on saving species and ecosystems. Importantly, the number of such non-English-language studies being published is increasing, found in particular in areas and for species where English-language knowledge is scarce, including Latin America and other regions where conservation is needed the most.

The findings have important implications for global efforts tackling the biodiversity crisis, where lack of evidence is a commonly faced issue when trying to implement evidence-based conservation. The research demonstrates that incorporating non-English-language studies can expand the availability of scientific evidence on saving species and ecosystems into 12-25% more areas and 5-32% more species (see figures below).

Most global studies and assessments on biodiversity report significant gaps in the availability of scientific knowledge, quite often without having explored science written in non-English languages. The findings of this research indicate that making the best use of non-English-language science can be a quick, cost-effective approach to filling such gaps, facilitating a wider application of evidence-based conservation globally.

This research also sheds light on how linguistically and culturally diverse scientific communities can maximise the contribution of science to addressing urgent global challenges.

Also see our piece at The Conversation here. 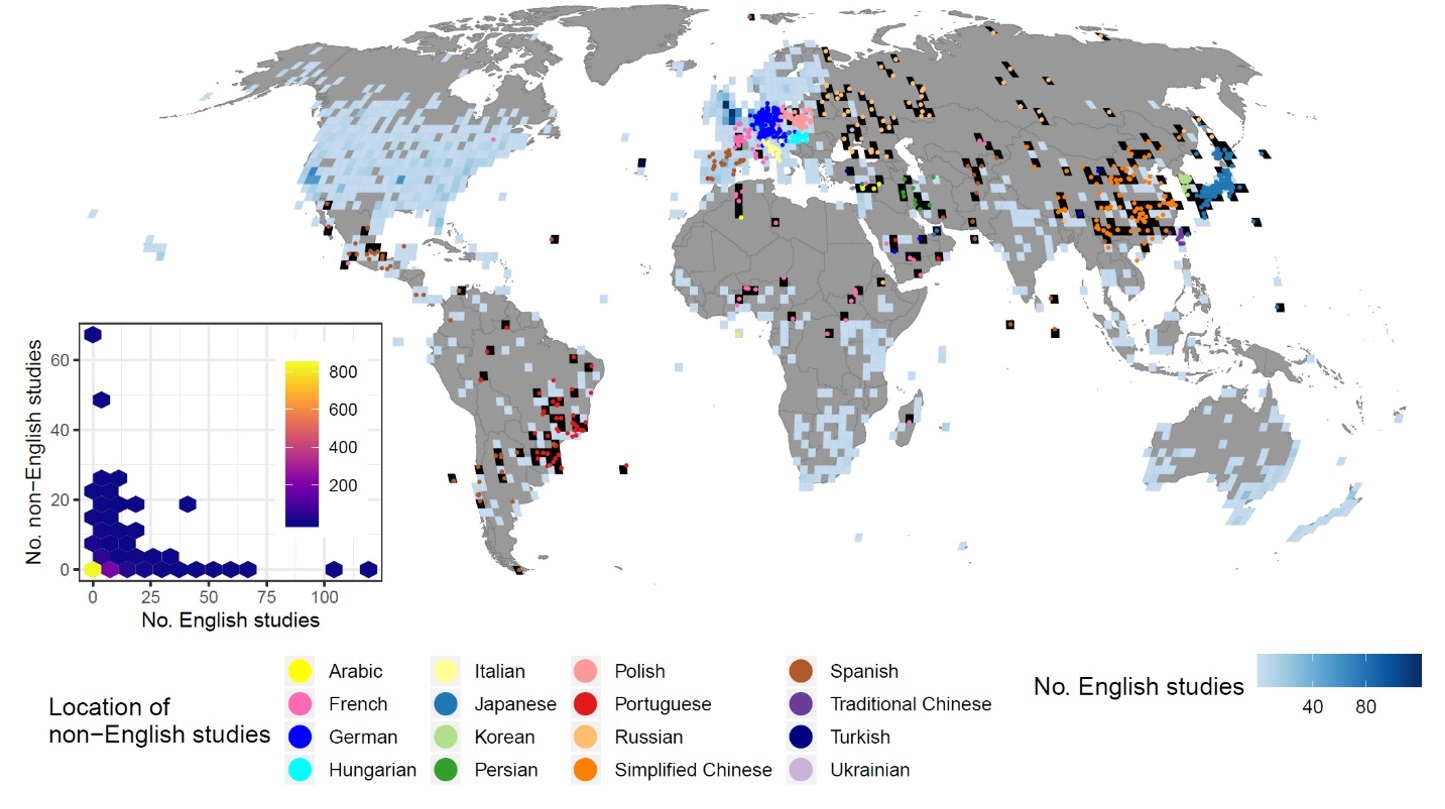 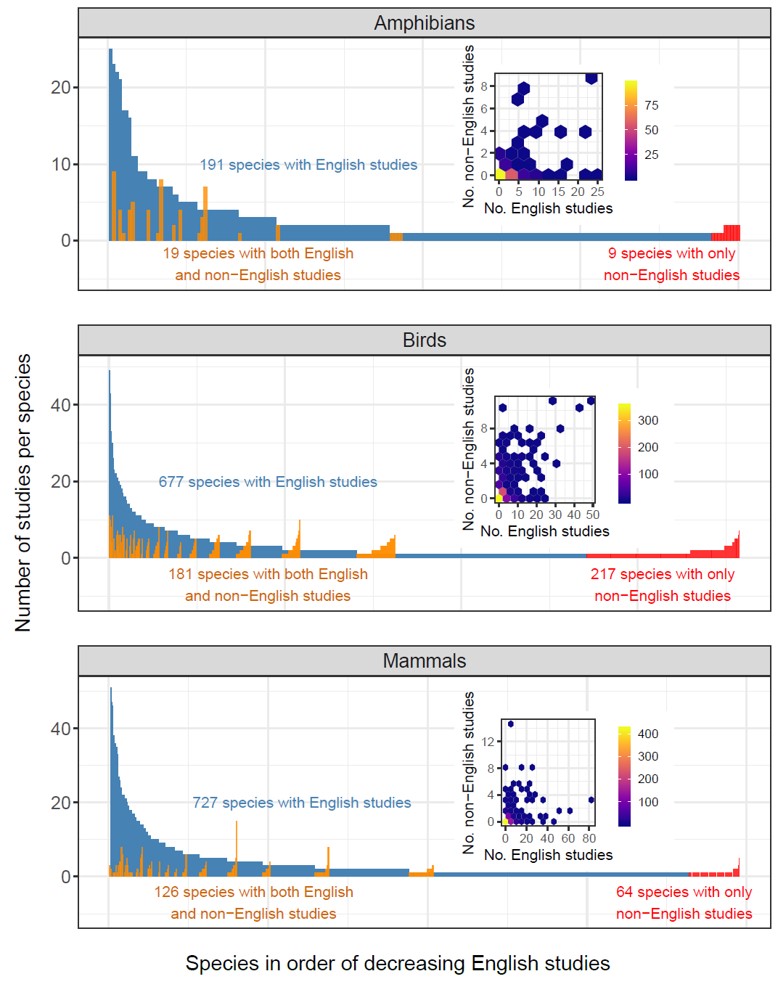 The number of English- and non-English-language studies testing the effectiveness of conservation interventions for each amphibian, bird, and mammal species.